A heavy thunderstorm moved through Wyandotte County around 9:50 p.m.

The thunderstorm included heavy lightning and rain throughout the area.

At 10:10 p.m. Monday, about 227 customers were without power in Kansas City, Kan., according to the Board of Public Utilities’ outage map. Many of the customers were close to the southern county line, near I-35.

A tornado watch remains in effect until 1 a.m. in Wyandotte County.

The Fire Department is encouraging fireworks safety for residents.

The safest way to enjoy fireworks is to watch a professionally presented public display.

There are two public fireworks displays planned for Wyandotte County. Turner Recreation Commission and the Unified Government will sponsor a free professional fireworks display after dark July 3 at Pierson Park, South 55th and Douglas, Kansas City, Kan. It will start around 9:45 p.m. Residents are not allowed to bring any fireworks into the park.

A fireworks show is planned after the T-Bones’ game July 4 at CommunityAmerica Ballpark, 1800 Village West Parkway, Kansas City, Kan. The game starts at 7:05 p.m. July 4, and there is an admission charge. An appearance by the Falcon Skydiving Team is scheduled for the July 4 game. There also will be a fireworks display after the T-Bones doubleheader that starts at 5:05 p.m. July 5.

According to the Fire Department, the National Fire Protection Association has reported that in 2010, an estimated 15,500 reported fires were started by fireworks and 8,600 fireworks-related injuries were treated in U.S. hospital emergency rooms.

There were more fires on the Fourth of July than any other day, according to statistics, with fireworks causing two out of five fires, more than any other cause.

These fires resulted in an estimated eight reported deaths, 40 civilian injuries and $32 million in direct property damage, according to NFPA.

The NFPA urged people to watch public displays of fireworks by trained professionals.

Using consumer fireworks heightens the risk of injury and even death, the NFPA study said. The study showed:

• The risk of fireworks injury was highest among young people 15 – 24, followed by children under the age of 10.
• Sparklers and novelties alone accounted for 25 percent of the 8,700 emergency room fireworks injuries in 2012.

• Have a responsible adult in charge and never give fireworks to children.

• Prepare a safe environment outdoors for shooting off fireworks by selecting an area clear of other fireworks, combustible materials like dried wood or grass, buildings, and other people.

• Have water readily available such as a garden hose and a bucket of water.

• Always read and follow label directions for the safe discharge of fireworks. Fireworks users should wear tight clothing to avoid accidental contact with sparks and use eye protection when handling and lighting fireworks.

• Light fireworks one at a time and wait until it discharges; never attempt to re-light a device that did not discharge the first time it was lit.

• Never carry fireworks in your pocket; they may ignite due to sparks and cause injury.

• Do not throw or point fireworks at people or animals. Never shoot fireworks in metal or glass containers.

• Dispose of spent fireworks properly when you are done by soaking them in water before putting them in a trash can.

The Fire Department spokesman said any residents who see the sale of illegal fireworks at any fireworks stand in the city may call and report it to the fire marshal at 913-573-5938.

– Information from Kansas City, Kan., Fire Department and other sources 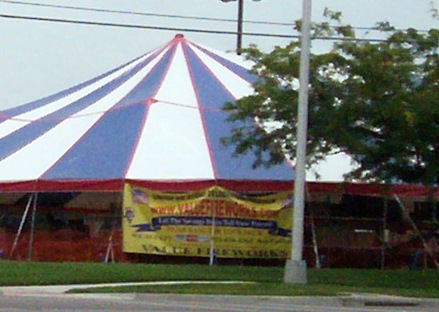 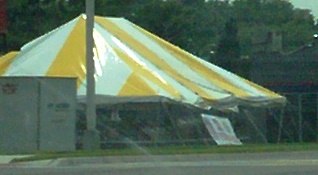 A tornado watch has been issued for Wyandotte County, according to the National Weather Service.

Also included in the tornado watch area are Johnson, Leavenworth, Atchison and Doniphan counties in Kansas.