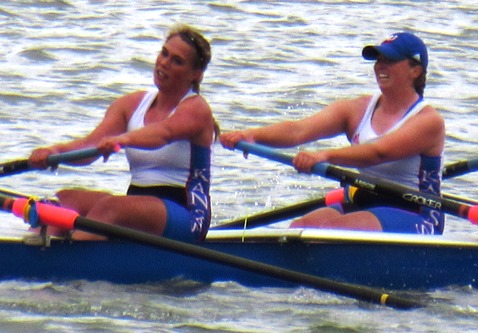 The University of Kansas women’s rowing team swept all races in the Sunflower Showdown Saturday at Wyandotte County Lake Park.

Skies were cloudy Saturday, but cleared in time for the regatta. Strong winds were present for some of the races.


If both chambers pass budget, plan could not be implemented until July 2018

The Medicaid waiver integration plan has been a point of contention between the administration and a legislative subcommittee appointed to study the issue. The subcommittee issued a report recommending the integration be delayed a year to Jan. 1, 2018, and requesting more details on the plan.

Lt. Gov. Jeff Colyer issued a letter assuring legislators the administration would not move forward until after the 2017 session, at the request of Rep. Dan Hawkins, a Republican from Wichita who chairs the House Health and Human Services Committee and appointed the subcommittee.

But a group called the KanCare Advocates Network, which lobbies on behalf of Kansans with disabilities and their service providers, was not satisfied that would provide sufficient legislative oversight.

Sean Gatewood, a former Democratic legislator who represents the group, said its members are pleased with the budget proviso, which prohibits any spending on waiver integration in the next fiscal year if the plan is to be implemented before July 1, 2018.

The proviso, which was spearheaded by Hawkins and Rep. Jerry Henry, a Democrat from Atchison, also requires the administration to submit detailed status reports on integration to legislators in 2017.

“Thank you to representatives Henry and Hawkins and the members of the subcommittee for their work to get commitments from the executive and legislative branches to delay and get legislative approval on the integration of the waivers,” Gatewood.

The waiver integration plan, which has been delayed once, is a major issue for all disability groups in Kansas.

The waivers provide Medicaid coverage for support services that allow Kansans with disabilities to remain in home and community-based settings rather than institutions. The services are split into seven groups based on type of disability: developmental, physical, frail elderly, autism, traumatic brain injury, technology assisted and serious emotional disturbance.

The Brownback administration’s plan would compress the services into two groups: one for children and one for adults. Administration officials say that would allow all Kansans to receive a broader array of services more efficiently, rather than being constrained by labels.

But legislators and disability advocates say the plan is short on details and worry it could lead to service reductions.

The proviso would become law if the House and Senate approve the larger budget deal it’s attached to. But it could be subject to a line-item veto by Brownback.

The budget negotiators were planning to work throughout Saturday and a number of other provisos are in play.

Senate negotiators requested Saturday morning that the House consider one related to privatization of the state’s troubled mental health facilities in Larned and Osawatomie.

The Senate proviso stipulates that if the state does draft a request for proposals to privatize, the potential contractors must agree to convert the facilities’ paper filing systems to electronic medical records. The administration would also be barred from signing any privatization agreement without legislative approval.

A number of legislators have voiced opposition to privatization entirely.

The nonprofit KHI News Service is an editorially independent initiative of the Kansas Health Institute and a partner in the Heartland Health Monitor reporting collaboration. All stories and photos may be republished at no cost with proper attribution and a link back to KHI.org when a story is reposted online.

Send your news and comments to Wyandotte Daily at news@wyandottedaily.com.

Do you have news or news tips to share about people, places and events in Wyandotte County?

Send your news and comments to Wyandotte Daily at news@wyandottedaily.com.