The unemployment rate decreased to 7.4 percent for September in Wyandotte County, according to figures announced today by the Kansas Department of Labor.

It is the second highest rate of the largest cities in Kansas, according to the report. Wichita had a higher rate at 9.1 percent in September.

During a news conference today in Topeka, Gov. Laura Kelly pointed to new job-creating projects, including the Amazon fulfillment center announced today, which will employ more than 500 people, as well as the new Urban Outfitters warehouse project announced next to the Kansas Speedway in Kansas City, Kansas, expected to create 2,000 new jobs. Wichita also will receive a new Amazon warehouse project. The governor referred to other new projects also, including an expanded bioscience project in Lawrence with 270 jobs that is expected to bring ancillary development of 2,500 jobs, and a Salina plant with 250 new jobs.

Overall, Kansas has an unemployment rate of 5.9 percent in September, a decrease from 6.9 percent in August, according to today’s labor report.

While the decline in unemployment numbers is sometimes considered positive news, the Kansas acting labor secretary stated in a news release that similar to national trends, the number of individuals participating in the labor force also has declined. Total Kansas nonfarm jobs decreased by 7,200 statewide, according to the state Department of Labor

“The widespread job growth seen in Kansas throughout the summer slowed in September, with losses in both the private sector and government jobs,” stated Labor Economist Emilie Doerksen, in the news release. “The majority of the over-the-month decrease in jobs can be attributed to government which added fewer jobs than the typical pattern for September, resulting in a seasonally adjusted decline.”

A massive backlog of unemployment claims, and the state’s struggle to verify them, has left people already without jobs lacking the benefit checks that they might have gotten in normal times.

Topeka, Kansas — The Kansas Department of Labor has struggled to handle an explosion of unemployment filings.

That’s left 25,000 claims waiting for approval — and thousands of Kansans standing by for the checks that could help them stay afloat through a jobless stretch in an economy battered by the COVID-19 pandemic.

It’s the latest challenge for a department that has attempted to respond to emails and phone calls from thousands of Kansans as the coronavirus caused unemployment in the state to jump from around 3 percent to almost 12 percent earlier this year. It’s since settled to 7.5 percent.

The huge backlog is in a holding pattern. The cases are waiting on adjudication and appeals that require more information, like why someone lost a job.

“I know it’s been extremely frustrating,” Wright told lawmakers this week. “All I can do is take responsibility for what’s happened and be as honest and transparent as possible moving forward.”

Lawmakers told state Labor Department staff about constituents waiting for months and failing to get answers on the delay in their unemployment payments.

“Hearing some of the stories of people losing their homes and their cars is heartbreaking,” Republican Sen. Richard Hilderbrand said.

Wright wouldn’t commit to a timeline for clearing people hung up in the backlog.

“What they don’t want to hear is us giving a timeframe that we’re not able to meet,” Wright said in an interview.

The backlog for regular unemployment applications is much smaller right now, about 2,300, which is caused by the normal time it takes to process the requests. Unemployed Kansans must file weekly claims and they’re often paid just a few days after claims are accepted.

Wright said there typically isn’t a significant backlog for applications in the adjudication system.

The applications accumulated as staff were shifted to other areas to deal with the influx of unemployment claims.

“We needed more people to answer the phones to take those claims in,” Wright said.

In addition, questions on the application required by the federal government caused confusion for some people and caused much of the adjudication backlog.

Kansans were frequently confused by questions on the application asking if they were able and available to work. People whose jobs were closed by the coronavirus shutdown could think they should answer no, but that flags the application for further review.

Wright said the agency is studying the legality of simply clearing thousands of people in the adjudication process who were hung up by those two questions.

Anyone caught in the backlog will be eligible for payments they missed out on because of the delay.

“If you are owed that money, you will get paid that money,” Wright said. “We will figure this out.”

The state hired a private consultant, Accenture, after the long delays and chronic problems in its unemployment benefits system became a crisis during the pandemic. That brought in 50 more people to work with the Labor Department, and freed more state workers to chip away at the adjudication backlog.

The agency has struggled with outdated technology. Information Technology Director Bill Periman told legislators that updates planned to come online could make it easier to sift through the huge pile of applications.

“We hope to have a solution,” Periman said, “if we can identify some processes where we can address the greatest pain points.”

Republican Sen. Kevin Braun urged the department to commit to a timeframe for clearing the backlog, and Periman said some improvements could be in place in 90 days.

“Our constituents are still in a very tough place,” Braun said. “We need a forecast on when we are going to stabilize.” 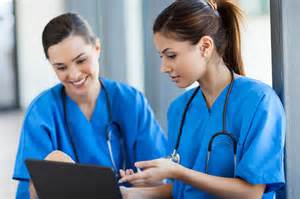 (NewzAdz) – If you’re a Licensed Practical Nurse looking for a new opportunity where your skills will be appreciated and rewarded, Correct Care Solutions wants to talk to you now.

sonally.  Current positions at Wyandotte County Detention in Kansas City, Kansas, are available as full-time and PRN positions with generous compensation and benefits. Day, evening and night shifts are available.

CCS is an EOE/Minorities/Females/Vet/Disability Employer