District Attorney Mark Dupree’s proposed conviction and integrity unit is getting preliminary approval in the Unified Government’s budget – sort of. And sort of not.

On Monday, July 30, the UG Commission reached a consensus to set aside funding for the unit in the budget – but it will be in a place where the district attorney can’t spend it.

The purpose of the DA’s proposed unit would be to review cases where injustice had taken place, and law students and their professors would be helping with the initial reviews of cases.

Commissioners remarked they had received a copy of a letter from Kansas City, Kansas, Police Chief Terry Zeigler and Wyandotte County Sheriff Don Ash just before the start of their budget meeting Monday night.

The letter, addressed to Kansas Attorney General Derek Schmidt, asks the AG to review Dupree’s proposed conviction and integrity unit. The letter said the unit is a “clear deviation from the criminal justice system’s handling of manifest injustice claims under KSA 60-1507 and additionally a deviation in how other active Conviction Integrity Units select cases.”

“Our Departments are requesting an independent review by the Attorney General regarding any case Mr. Dupree has selected to be reviewed by his CIU to ensure our citizens and the victims of the State of Kansas are being adequately represented. Additionally, our Departments are requesting oversight by the Attorney General to ensure that the Crime Victims Bill of Rights is being considered during the handling of the investigations,” the letter stated.

According to the commission, the funding for the new program would not be in the district attorney’s budget, but would be placed in another fund under the control of the UG administrator. The UG Commission wants to wait for the AG’s opinion before releasing the funds.

During the UG public budget hearing on Monday night, before the letter was discussed, Paul Soptick, of Wyandotte Countians Against Crime, said he hoped no injustices would happen here, but if they do, he hoped the district attorney’s proposed conviction integrity unit would speed the process to set things right. He was in favor of funding the unit.

Claudine Sanders, with the district attorney’s Community Liaison Board, said she would be a volunteer for the proposed conviction integrity unit, and was in favor of funding it.

Charles Davis, also on the board, said the unit was highly needed. He said the district attorney’s work has proven that there is a need for this unit.

“Sometimes people get put in a situation that they really weren’t involved in,” he said.

UG Administrator Doug Bach said at the Monday night meeting that he would be taking the recommendations of the sheriff and police chief in enhancing courthouse building security. That item would add about $200,000 to the budget. The security recommendations come only a short time after two deputies lost their lives in a shooting June 15 during a jail transfer.

The UG also reached a consensus to give an extra $25,000 to the Self-Supporting Municipal Improvement District in downtown Kansas City, Kansas.

Also during the budget meeting, commissioners asked Bach to keep the costs of the juvenile center down, if possible, to the amount originally discussed. The K-7 and Parallel Parkway remodeling project also was not approved.

Budget decisions are not yet final. Final approval of the UG budget is scheduled at the commission meeting at 7 p.m. Aug. 2. 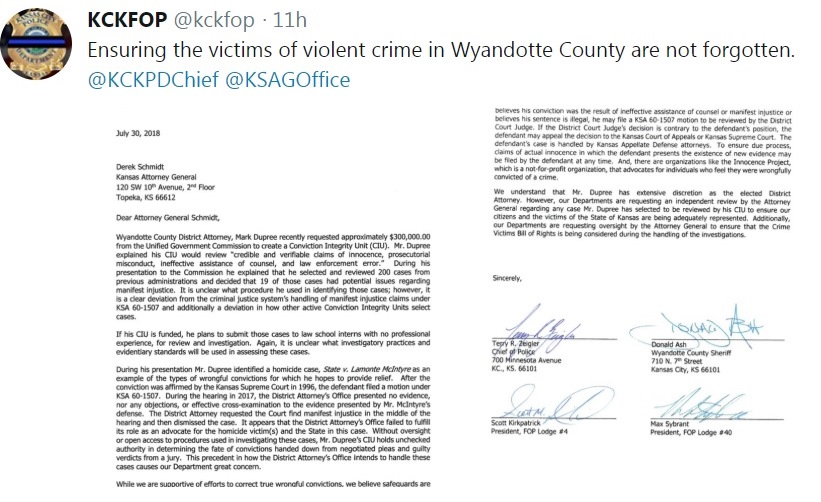